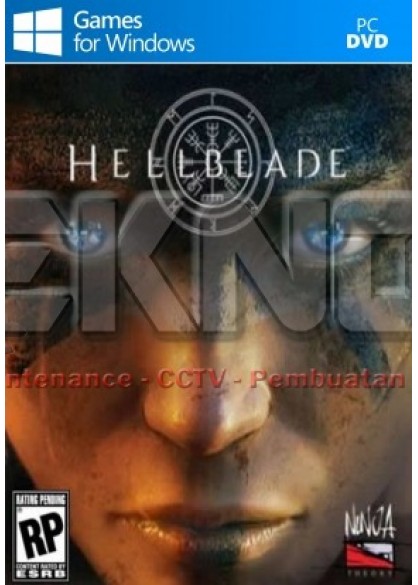 ;Hellblade : Senua's Sacrifice is a dark fantasy action-adventure video game developed and published by Ninja Theory. Self-described as an (Independent AAA game), it was created by a team of approximately twenty developers led by Tameem Antoniades. It was released worldwide for Microsoft Windows and Playstation 4 on Agust 2017. Inspired by Norse mythology and culture, Hellblade follows senua, a female pict warrior must make her way to Helhiem by defeating otherworldly entities and facing their challengs, in order to rescue the soul her dead lover from the goddess Hela. In pararell, the game acts as a metaphor for the character's struggle with psychosis.

Several areas feature their own exclusive mechine or trials, such as reaching a safe in time before Senuadies, or using the focus ability to modify the structure of her surroundings.In addition, Hellblade feature fights, in which Senua must defeat one or several beings blocking her proression, including occasional bosses. During those fights Senua has her sword drawn out, and is turned towards one of her enemies, on which the camera is automatically focused. she can use two kond of attacks, quick or heavy, kick an enemy to prevent it from blocking her attacks, parry, or dodge.