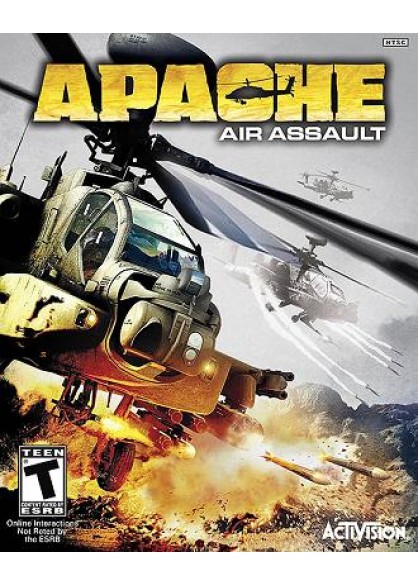 Apache: Air Assault is a new combat flight simulation game based on the Apache AH-64D Longbow attack helicopter. The player takes on the role of three distinct Apache crews that each deal with what at first appears to be localized enemy activity, but eventually reveals itself to be part of the larger plan. The gameplay intercuts back and forth between the three crews as the action and stakes escalate.
Apache: Air Assault features 16 multi-stage missions involving air and ground strike operations off the coast of Africa, the mountains of the Middle East and the jungles of Central America, each meticulously created using high resolution map data from real-world satellite photography. Apache helicopters are some of the most sophisticated combat aircraft on the planet the player gets to fly multiple variations of them, each with their own extreme firepower and highly-detailed damage modeling.

Experience what a real Apache pilots feel in a realistic cockpit with animated gauges, dials and buttons;

Use the full array of real Apache weapons!

16 multi-stage missions with different landscapes from all over the world;